The Cubist Diamond House in the historic downtown of Prague houses BOMMA Atelier, a newly created hub for meetings of design professionals and aficionados that showcase all BOMMA lighting collections in one place. This unique urban apartment combines its original custom-made functionalist furniture with products of leading brands of international contemporary interior design, fostering a dialog about the possibilities of interior design as a field. 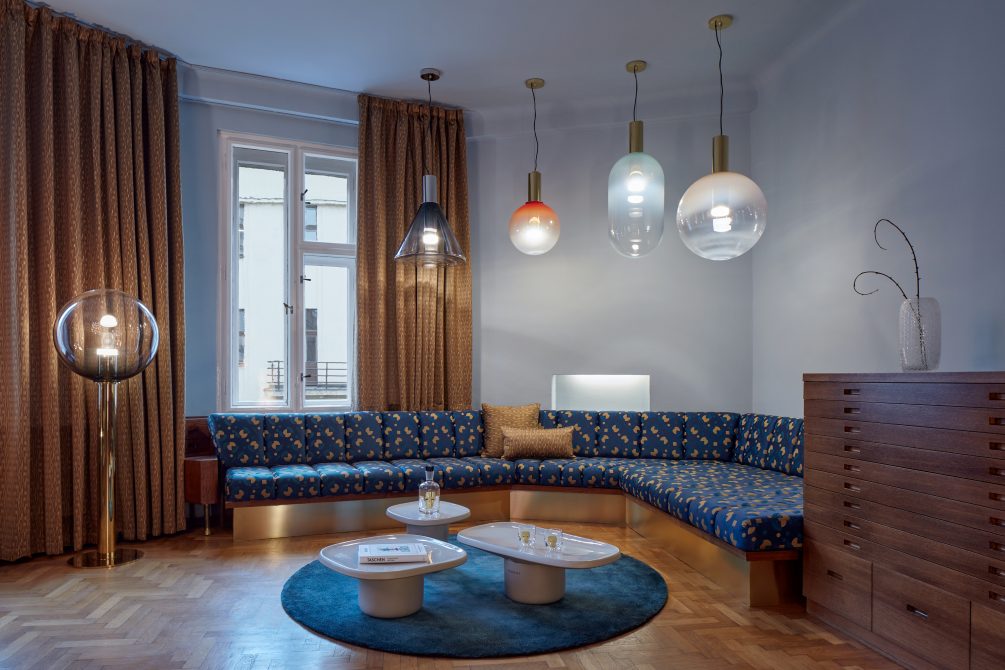 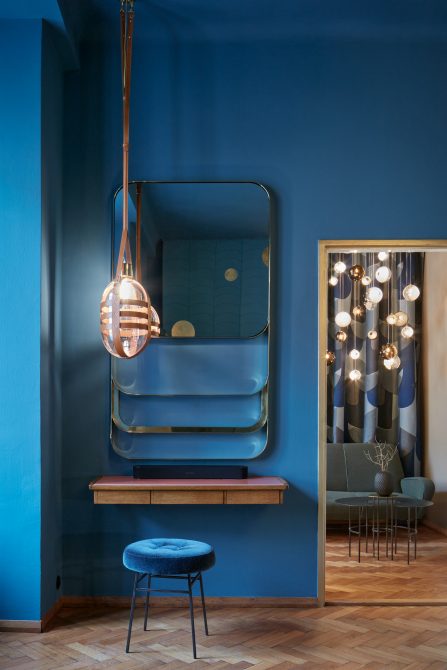 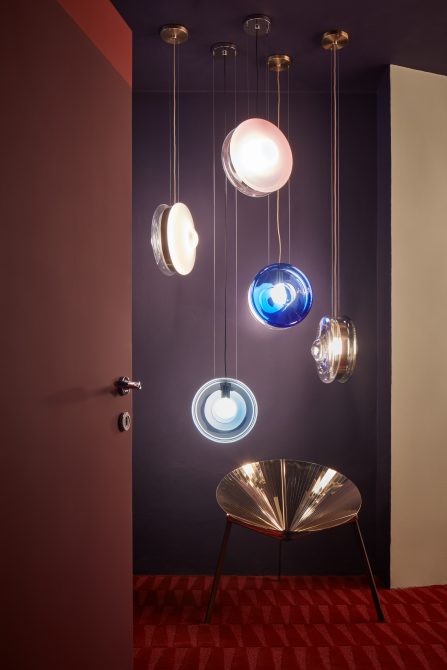 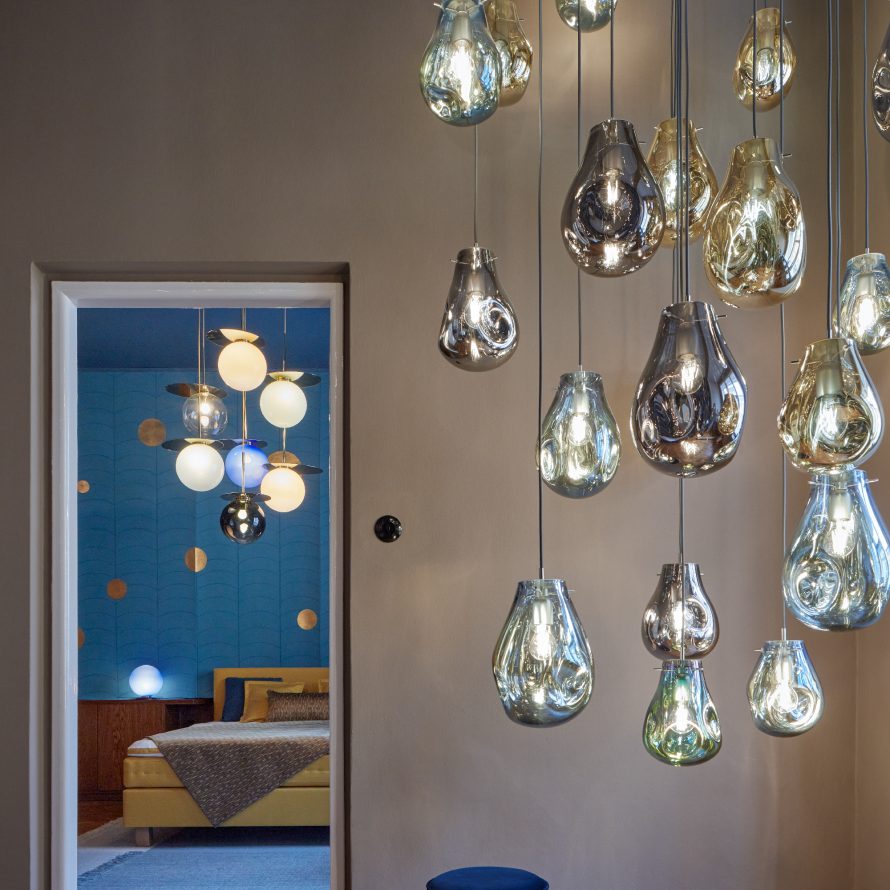 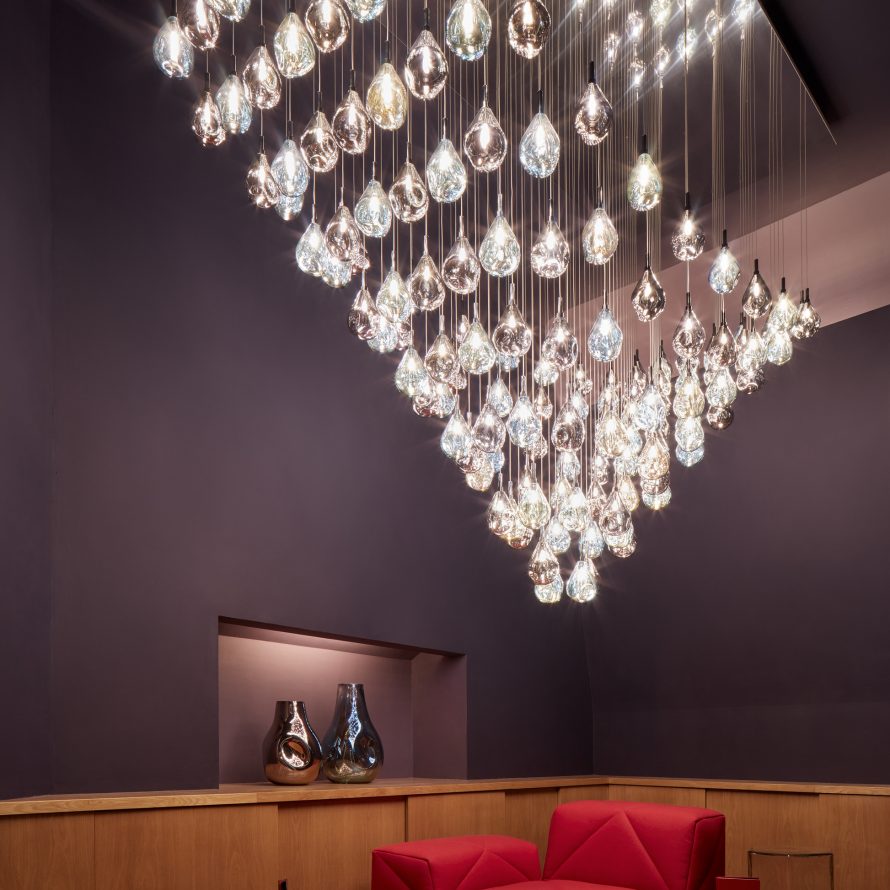 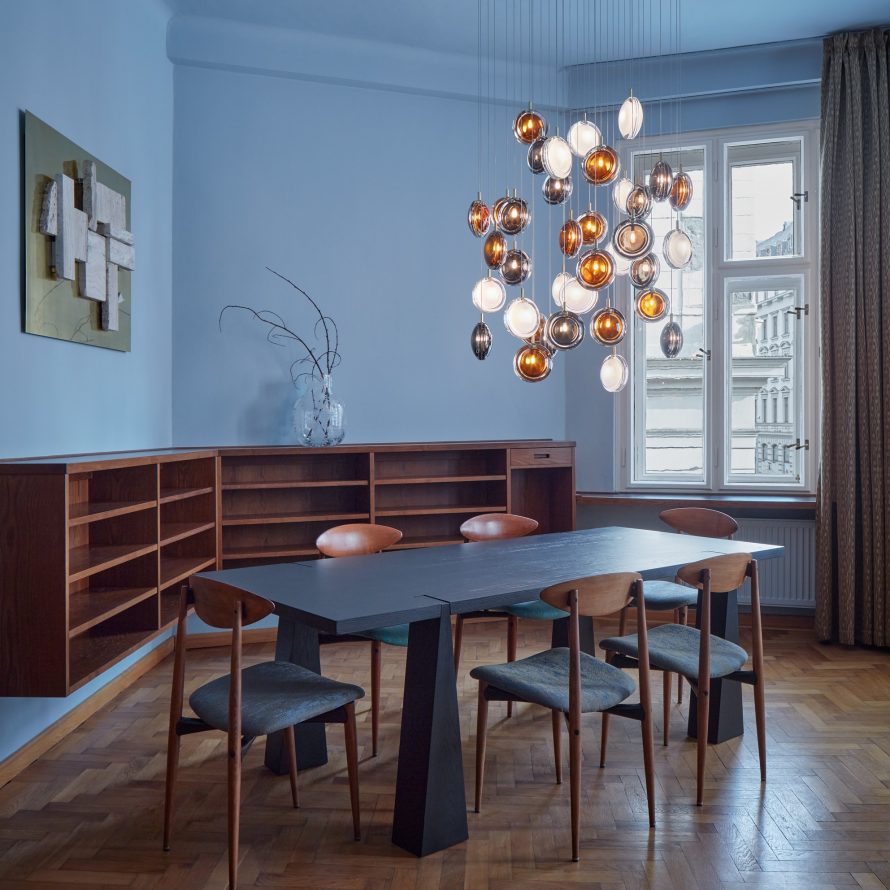 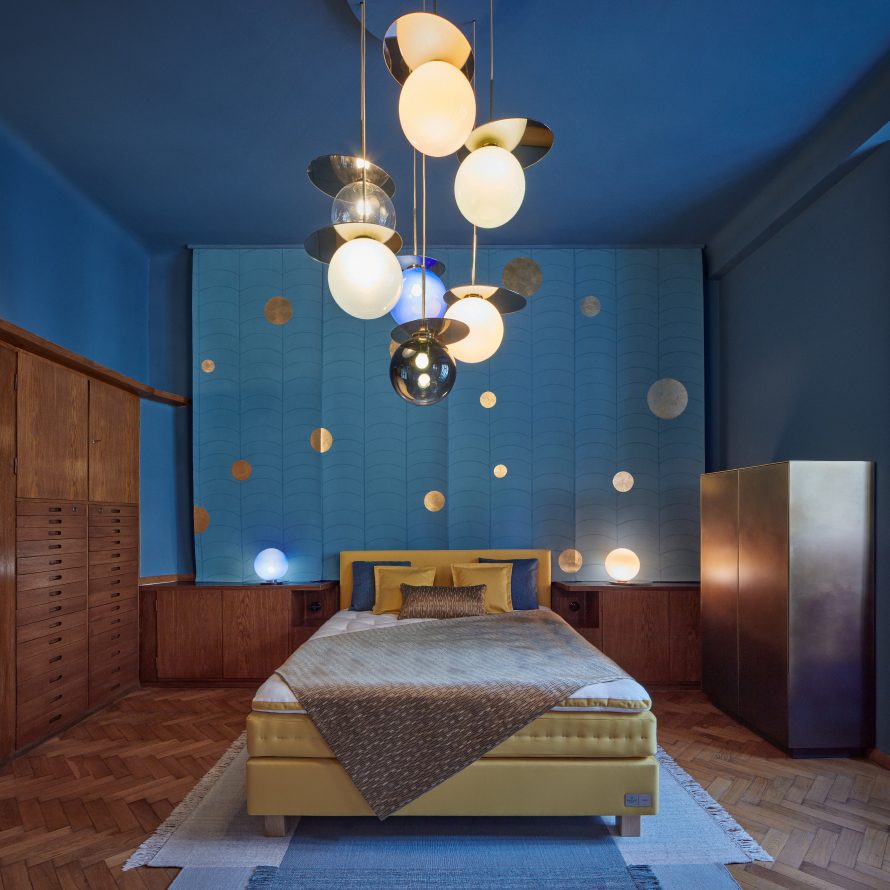 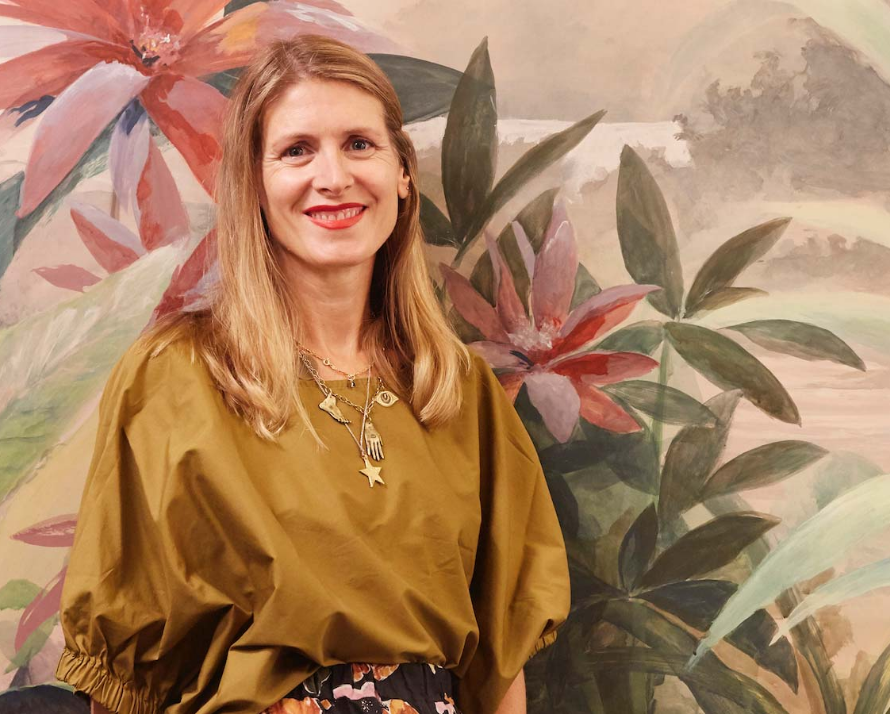 Thanks to a particular instinct for scenography and furnishing, Sophie devotes herself with both taste and passion to interiors and settings. This includes the innate aesthetic expertise and intuition inherited from a family of antique dealers over five generations, the energy gained over the years in the world of advertising production. Since 2006, her passion for the world of vintage and design have been translated by Sophie as founder of PalermoUno. 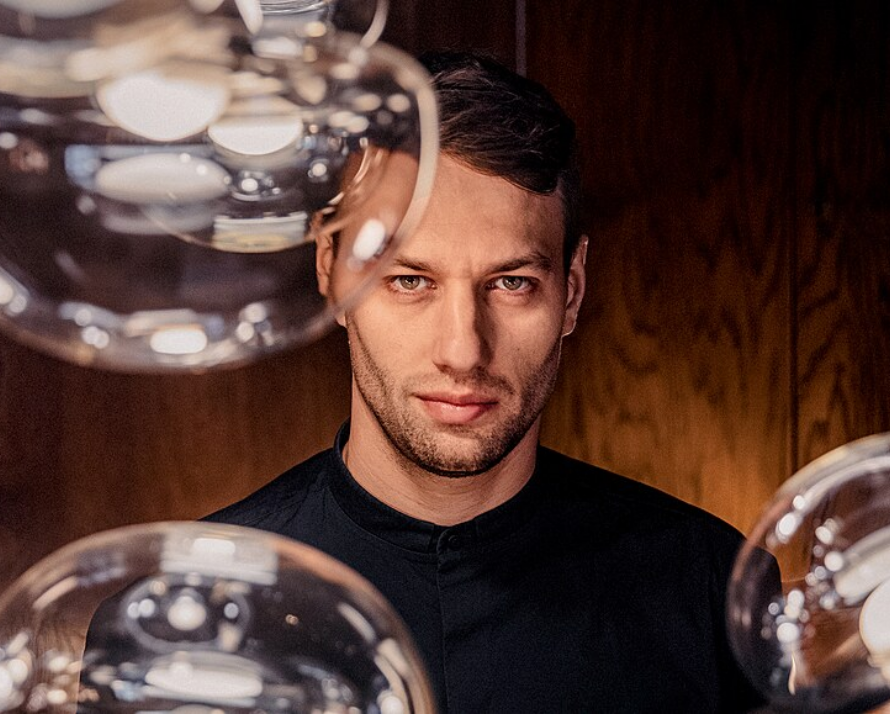 Václav Mlynář is part of a notable young wave of Czech designers. His work combines innovative technical solutions, as well as exploring materials and progressive design. Václav comes from an artistic family, so his personal desire for creative expression is unsurprising. After studies and years of work in the Czech Republic, Denmark and London, he co-founded the deFORM design studio and later a creative studio named MONUMENT Office. Aside from product design, his portfolio includes interiors for retail stores, exhibitions and other projects combining design with architecture. Since 2017, he’s served as BOMMA Creative Director. All lighting collections are produced under his supervision and he also designed several himself. As the key creative person in the BOMMA brand, he’s also involved in the BOMMA Atelier project. 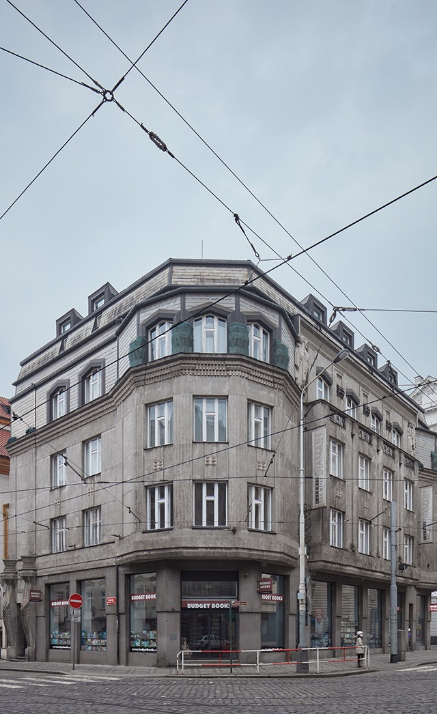 Emil Králíček was among the most prolific Czech Cubist architects, born in 1877 in Havlíčkův Brod. Upon finishing his studies at an industrial construction school, he worked for architect Antonín Balšánek. In 1900 he left for Darmstadt, Germany, where he began collaborating with Joseph Maria Olbrich, the avant-garde Darmstadt Artists’ Colony founder. Here, Králíček became familiar with modern styles, particularly Art-Nouveau.

Between 1912 and 1913, he designed the most significant work of his career – the Diamond apartment building on the corner of Spálená and Lazarská Streets in Prague. Králíček redesigned the plans of Friedrich Ohmann, a Viennese architect of Historicisms and Art Nouveau, turning the classically-oriented Art Nouveau into the more innovative Cubist style.

Králíček created a sculpturally-dynamic building with many Cubist details on the façade, as well as in the interior. The house proudly features richly ridged volumes, sculptural decoration by Antonín Waigant, a Cubist portal and equally formed railings of the main stairwell, as well as unique pendant lighting. Another point of interest is the placement of the Baroque sculpture of John of Nepomuk, likely originally sculpted by Michal Jan Josef Brokoff in 1717. 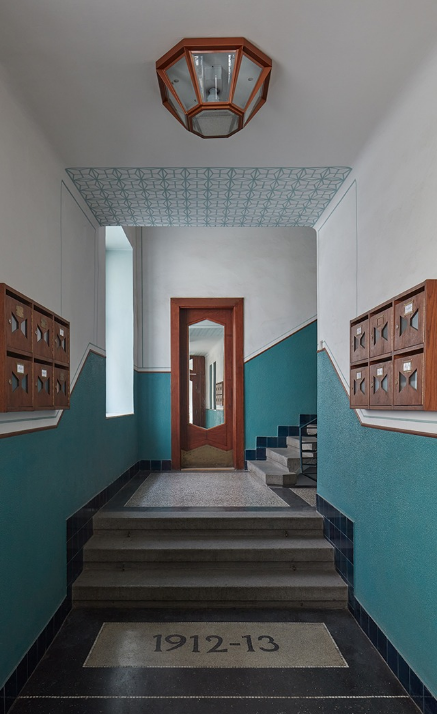 Adolf Hoffmeister and His Apartment

The owner of the Diamond House was none other than the guru of the Czechoslovak avant-garde, Adolf Hoffmeister. This versatile Czech artist focused on literature, visual arts and caricatures. He was a playwright, scenographer, writer, painter, diplomat, lawyer, university professor and traveler. He was one of the most vocal advocates and promoters of the modern Czechoslovak culture, including his outreach to the international scene. He met many key players of world culture throughout his life and represented Czechoslovakia at the UNESCO General Assembly.

During the 1930s, Hoffmeister had an extensive apartment designed and built for his family on the first floor of the building. This interior gem remains to this day in its original form, primarily defined by sophisticated built-in furniture and wood paneling. The author of the functionalist adaptation is likely the architect Jaroslav Frágner, one of the most significant exemplars of Czech Modernism in the first half of the 20th century

The architect created a perfect space for Hoffmeister’s intellectual and social life. The entire apartment is clad in wood, creating a compact architecture of bespoke furniture and an intricately-conceived spatial hierarchy. Many areas feature built-in storage spaces, particularly for books, of which Hoffmeister had many.

Included are a built-in sofa and small tables in the main living room, as well as a unique bar that can be opened with a sliding door on both sides, creating an ideal space for social gatherings. A few additional furniture pieces and accessories in the apartment were supposedly designed by the surrealist painter and designer Alois Wachsman. 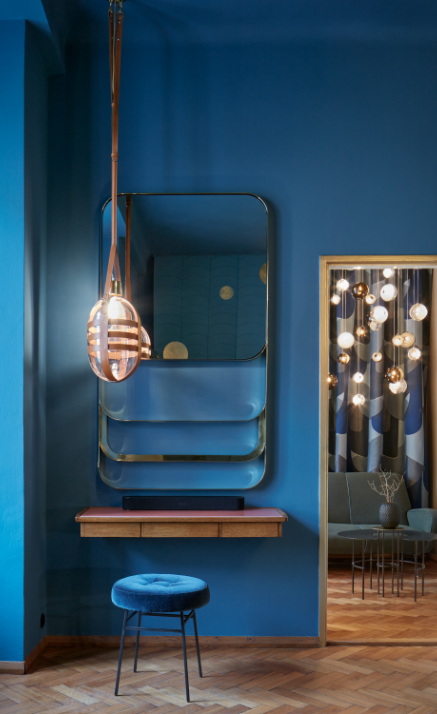 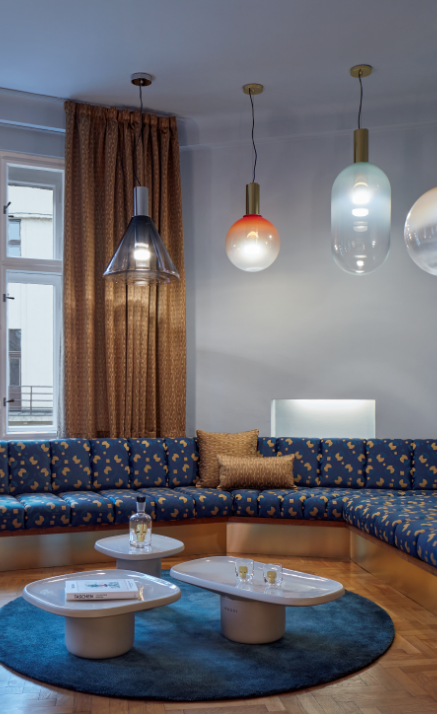 The Apartment and BOMMA

BOMMA rented the apartment directly from the Hoffmeister family, intending to launch a unique project within this unusual space. Respecting its historically valuable interiors with built-in and bespoke furniture from the 1930s, BOMMA now showcases all its lighting collections under one roof, along with additional design pieces from international partners. Each element was personally curated by Sophie Wannenes, a Milan-based interior designer and design gallery owner, along with Václav Mlynář, BOMMA’s Creative Director. 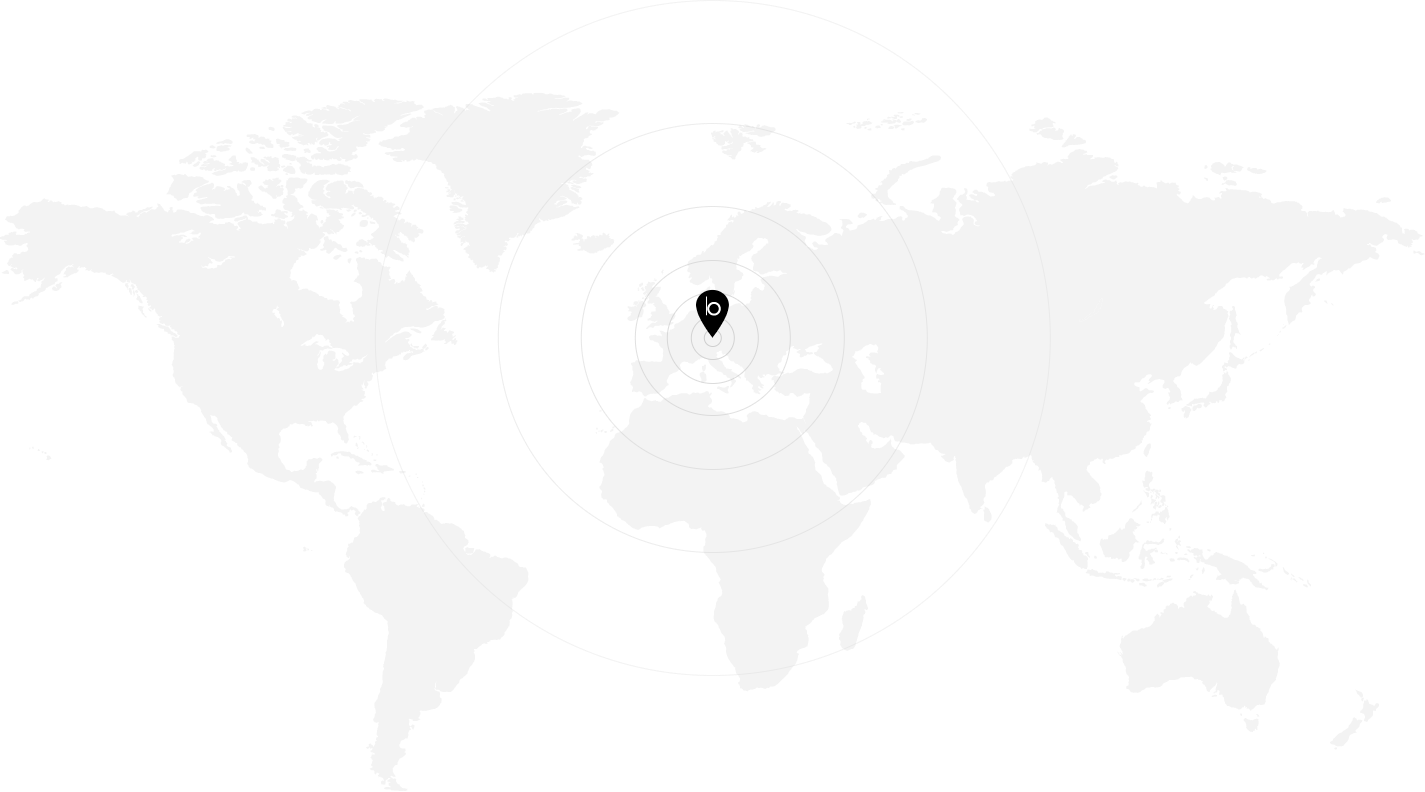 You will find our products in stores all over the world.

step beyond your expectations of interior design

By sending, I agree to the processing of personal data.